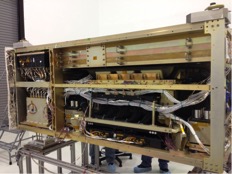 The Cosmic Ray Energetics And Mass (CREAM) experiment is a NASA-sponsored program of studies of high-energy cosmic rays up to the astrophysical "knee" (a spectral feature at an energy of a few times 10^15 eV). After 100 years of studies since their initial discovery by Victor Hess, their exact origin of cosmic rays (probably supernova remnants) has still not been unambiguously resolved, and increased experimental measurements are required. Direct measurements at such high energies are difficult because of very small particle rates. To remedy this, CREAM achieves long exposures by flying repeatedly on long-duration high-altitude balloon flights in Antarctica. The cosmic-ray nuclei ranging from hydrogen to iron are individually identified and counted, and their energy measured up to hundreds of TeV (a few times 10^14 eV), approaching the important knee energy. The CREAM payload has flown 6 times in Antarctica, is scheduled for a 7th flight in late 2016. A new version of the instrument has been qualified for launch to the International Space Station expected in 2017, and is dubbed ISS-CREAM. With an anticipated multi-yearexposure, unprecedented direct cosmic ray measurements will be possible up to energies not explored previously on a space-based platform.