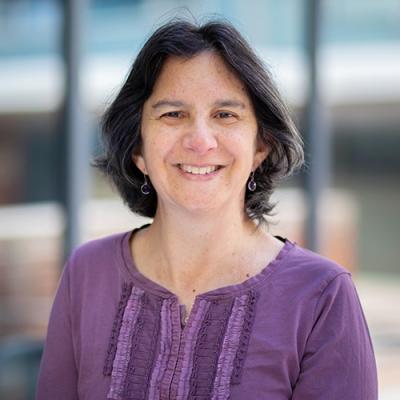 Nicole Lazar is a Professor of Statistics at Penn State.

Her research interests include the foundations of statistical inference and the analysis of functional neuroimaging data. In particular, she has worked on fundamental inferential topics such as model selection, multiple testing problems, and likelihood theory, specifically in the context of modern large-scale data analysis problems. She has done pioneering work on the statistical analysis of cognitive neuroscience data, with a focus on functional magnetic resonance imaging (fMRI). Most recently, Lazar has been involved in the application of topological data analysis methods to scientific questions of interest in psychology and climatology. These techniques are at the interface of statistics, mathematics, and computer science, and exemplify her cross-disciplinary approach to research.

Lazar is the author of the book The Statistical Analysis of Functional MRI Data published by Springer. Her research has appeared in leading statistics and neuroscience journals. She is past Editor of The American Statistician and currently serves or has served as Associate Editor for several statistics journals. She was a co-Editor of a Special Issue of The American Statistician on Statistical Inference in the 21st Century: A World Beyond p<0.05.

She is an Elected member of the International Statistical Institute and a Fellow of the American Statistical Association. Lazar also served as President of the Caucus for Women in Statistics in 2019. She has an extensive record of service to the statistics profession. Prior to joining Penn State in 2020, she was on the faculty of Carnegie Mellon University and the University of Georgia, where she was Interim Department Head from 2014 to 2016.