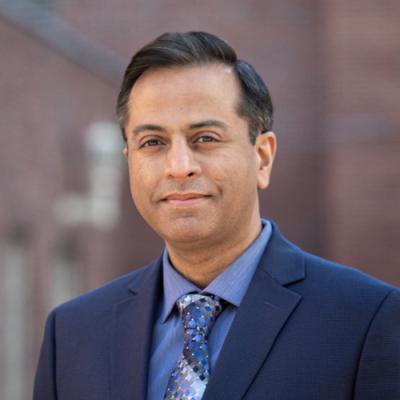 Murali Haran is Professor and Department Head of Statistics at Penn State.

He received his Ph.D. and M.S. in Statistics from the University of Minnesota, and his B.S. in Computer Science from Carnegie Mellon University.

His research is in the areas of statistical computing, primarily Markov chain Monte Carlo algorithms. He also works on spatial models, particularly latent Gaussian random fields, complex computer models ("computer experiments"), and statistical emulation and calibration. Much of his research is heavily motivated by cross-disciplinary research in climate science and infectious diseases.

At Penn State, he served as Chair of the Penn State Statistics Undergraduate Program from 2012 to 2016. He has been part of several climate science-related organizations/initiatives, including NSF-sponsored SCRiM (Sustainable Climate Risk Management), a multi-institution network with Penn State as the hub. He was the director of the Penn State Node of the NSF research network STATMOS, and a member of the ASA Advisory Committee on Climate Change Policy (2009 - 2014).