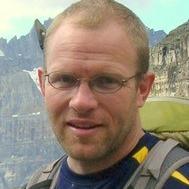 Ephraim M. Hanks is an Associate Professor of Statistics at Penn State.

His research focuses on advances in statistical modeling and computation to increase our ability to ask and answer scientific questions in ecology, epidemiology and other fields, with an emphasis on spatial and spatio-temporal systems.