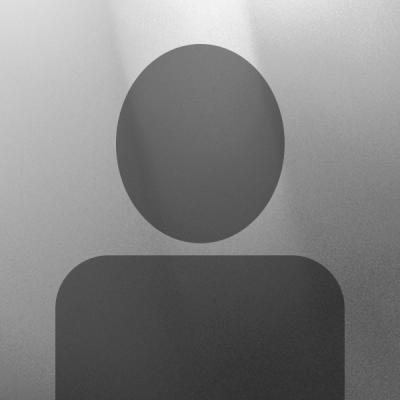 Graduate and undergraduate students in Dr. Roy’s research group pursue various independent projects in forensic DNA analysis. The analysis of nuclear DNA from pristine, challenged, degraded, compromised, and environmentally insulted samples has been the main focus of Dr. Roy’s research at The Pennsylvania State University. Currently she is performing research with Next Generation Sequencing (NGS) instruments such as the Ion PGM System. The research students under her advisement also use instruments such as RapidHIT for analyzing simulated crime scene samples under challenged conditions as is the case in some countries.  The students work with low template DNA from various simulated casework type samples and also pristine and degraded samples. Since 2007 when she joined Penn State, she has mentored twelve graduate students and many undergraduate students in their research projects. Six of them have graduated with M.P.S and are gainfully employed, most of them in forensic laboratories.  Six are currently involved with many current research projects including fingerprints. Prospective students interested in joining Dr. Roy’s research group are encouraged to contact her for further information.

Dr. Reena Roy received her doctorate degree from the University of Nebraska in 1981 and, after completing two years of post-doctoral research, she joined the Nebraska State Patrol Criminalistics Laboratory where she worked for fifteen years as the supervisor of the forensic biology section. Since 1983, she has worked on numerous forensic cases containing biological evidence and has testified more than one hundred fifty times in courts in Nebraska, Iowa, and Missouri. Her analysis and testimony was crucial in many high profile cases including the triple homicide that was made into a movie called "Boys Don't Cry". The ease with which she explains difficult science to the jury was documented in a book called All She Wanted. She has been featured in Unsolved Mystery and other television programs. For her role in solving violent crimes, Dr. Roy has received numerous awards.

In 1999, she was hired by the St. Louis County Police to start a DNA program in their crime laboratory. As the DNA Technical Leader in St. Louis, Dr. Roy established the DNA section and was instrumental in getting the St. Louis County Police Crime Laboratory accredited by the American Society of Crime Laboratory Directors Laboratory Accreditation Board (ASCLD/LAB). When Nebraska Wesleyan University in Lincoln, Nebraska offered her the opportunity to teach in their graduate program in forensic science she traveled to Lincoln on weekends to meet with her students and taught forensic biology and forensic DNA analysis methods. She was invited to participate in several workshops for teachers provided by the St. Louis University and remains active in the Forensic Science Educators Conference.

During her tenure as a forensic scientist Dr. Roy pursued research in the area of protein polymorphism and DNA analysis as they applied to forensic biology evidence. She has authored and coauthored numerous papers in the area of RNA, protein polymorphism, forensic DNA analysis and presented seminars in Turkey, Greece, Finland, Australia, France, Spain, and Norway as well in many forensic science conferences in the United States. Her students have also presented at national and international conferences. Several of her graduate and undergraduate students have received awards for their research in regional conferences.
Dr. Roy's passion lies in literature, music, traveling, and plants. She has published several short stories and someday hopes to go to Danakil Depression (Ethiopia) one more time.

I have mentored 16 graduate and currently am advisor to two graduate students. Almost all of them have published papers in peer reviewed journals as first authors. All have given oral presentations.  Many undergraduate students do research under my advisement.

International graduate and undergraduate students have also completed their internship under my advisement.

My collaborators are Dr. Lakhtakia (College of Engineering), and Dr. Scott Lindner (Center for Malaria Research)

I have received many honors and also awards in my life as a forensic scientist. I was awarded a grant two years ago by National Institute of Justice. This involved working with nanotechnology,  fingerprints, and DNA analysis using massively parallel sequencing.